Anxiety. Panic attacks. Depression. Those words are all too familiar to so many of us in one way or another. I personally have gone through my fair share of the mental ramifications of anxiety, panic attacks, and depression.

My anxiety started at a young age, my pre-teen years. I would get invited over to a friends sleepover party and have to come home in the middle of the night because I would not be able to sleep, get diarrhea, be sick to my stomach, and have severe shaking all over my body.

I did not know it at the time, but I was having a panic attack. I know now that being around other people and interacting with them would send my brain into a whirlwind of “what ifs.”

This overthinking would cause me to have a panic attack and then I would just go home. It got to the point in high school that I would not even go to parties. My anxiety about having a panic attack grew so much that I just went to school and went home.

As I aged out of school and moved out to my own, my anxiety got worse. It went from worrying about how others would perceive me to how am I doing on my own. Can I make it this month? Week? Day? What would I screw up today? Who would make fun of me or not like me anymore because of something I said or done?

The anxiety caused me to stay home all the time so this started my depression. By not getting out and being who I should have been, and letting everything cripple me, I made myself depressed. It would get so bad that I would sit in the dark in my rocking chair in front of my living room window and just look outside. I lived in a little apartment, so there was not much to see either.

When my husband, Michael, and I started dating, the depression lifted a little. I had someone around to spend time with. I still struggled with my anxiety and had severe panic attacks. I had a panic attack so bad that I passed out on my bathroom floor.

I went to the doctor when I was 22 to get a workup and maybe get some answers. I was told that I had anxiety with bouts of depression, irritable bowel syndrome (IBS), Gilbert’s Syndrome, and that I was anemic. They did blood work and I even had a colonoscopy! I was put on medication for the anxiety and depression and told there was nothing much I could do about the rest of my symptoms.

So for the next several years of my life, I just coped with the issues. It caused a big rift in my marriage to Michael. I was still reclusive. I would go to work and go home. When I was home, I would sleep most of the time. I did not even want to be with my family. I hardly ate and when I did, it was not healthy.

I had no idea that there were different ways to treat my symptoms and even solve some of the underlying issues until I got pregnant with my first child.

We decided to go with a midwife instead of having the baby in the hospital. Michael and my history with doctors had not been very good experiences. We found an awesome birth center close to home, Edenway Birth Center.

They were very welcoming and educational. I was severely sick during my entire pregnancy. My body was detoxing from all the medications and bad eating habits I had. I lost 30 pounds in the first trimester of my pregnancy. I went from weighing 127 pounds to 88 pounds by the time I was 14 weeks pregnant.

I don’t know about you, but pregnancy is not a good time to naturally detox your body. However, I had to. I couldn’t be on those medications while pregnant and I had to get better about my eating habits if I wanted to be able to give birth naturally to my child. This was so hard for my body.

My Gilbert’s Syndrome was in overdrive. I was pale and yellow. I had lost all that weight. I was so sick that I could only keep mashed potatoes and coconut water down.

Most of the changes I needed to make, I had to wait until after having my baby before I could really make those changes. Then I decided to breastfeed. So that set it back even further.

There were some things that I could change. First and foremost was how I ate. During my sickness in pregnancy, my body detoxed of sugar to a point of after I gave birth, sweets still made me sick. That helped a lot. I started more clean eating. Healthier meals and more often. This helped my high metabolism, which I learned I had during pregnancy, to work better for me.

Six months after giving birth, I started to see a nutritionist. I learned how my habits had made my anxiety and depression worse. I then learned how I can change it with my diet, supplements, and other alternatives like essential oils.

I started some of these changes in my life and even in Michael’s life. I was not strict though and I would still have panic attacks. I even had postpartum depression as well. I never gained my weight back either. I stayed at or around 92 pounds. So because of all of this, I still stayed home a lot. I even used my new baby as an excuse not to go anywhere.

When I found out that I was pregnant again, two years later, I got sick again during pregnancy. It was not as bad, but I was still sick. Emotionally this time I was in a bad place. I had to detox emotionally during this pregnancy. This was just as hard as a physical detox. For 8 out of the 9 months of pregnancy, I cried and was depressed. That last month, I finally realized that I was going to have a new baby and I needed to snap out of it.

After my second child was born, I decided due to my emotional and physical state, I was not going to breastfeed. I needed to focus on my own health. I really started to learn what I could do to make myself feel better.

I learned a lot about what was going on, but not a lot about what to do to solve it, just deal with the symptoms. The AIP diet really helped me feel better and boosted my energy levels. Essential oils also helped with my hormone imbalance and moods. The oils even helped with my anxiety. I also found peace in God’s word from the Bible. Just reading His word helped my anxiety calm down.

When I got pregnant with my third child, I was much healthier. My pregnancy was much easier for me. I was not sick and I did not lose any weight. I was able to even breastfeed afterward without too many problems.

After the birth of my third child, I found out I had Chagas disease. It is a disease you can get by being bit by a bug. Weird, I know, but it is true. The Kissing Bug is common here where we live. Again, I had to begin to research what would help me.

Michael signed us up to speak with a health coach. For three months, I worked with the coach on how to heal my body through mental, emotional, and physical wellness. We started with my diet. The coach suggested I go back to the clean eating and the AIP diet with some modifications. He also explained to me about leaky gut and how it affected everything else even my anxiety and depression. With his help, I really started to heal.

My depression was gone. My anxiety still happened, but generally only when my hormones were out of balance again during my menstruation cycles. I was feeling much better and noticing big changes.

Then I got a call from a friend about Hemp CBD Oil. I started taking that and within a week my IBS was almost non-existent. I was able to eat without getting bloated or feeling icky. Within the month, my energy levels were increasing and I was able to focus clearly. Within three months I realized that I had not had a panic attack and my anxiety had relaxed to almost nothing. On top of all of this, my migraines had cleared, my eczema had cleared, my hormones were staying balanced throughout the month. I was seeing results that I had never seen before.

The most helpful in my lifestyle was my change with my anxiety and depression. I have since started traveling with my family. We went to Nebraska to see Michael’s family that I had never met. I started to get out of the house more too. I started going to “Girl’s Night” at a friends house that she held once a month. I started attending a bible study with the women of my church as well. All of these things I would not have done before.

Since Christmas, I have backed off taking the supplements that my health coach had me one. I have also not been eating as well again and stopped taking my Hemp CBD oil like I was before. Due to these changes, I have started to have anxiety again. My hormones are really off again too. I have also been getting sick more often as I use to before I got pregnant the first time. So I know that the regime I was on before works. I just need to get back to it.

It takes determination and discipline to stay on top of your health and keep healthy. It is hard. However, I would rather feel good and enjoy my family just by taking some extra supplements and watching what I eat. I do not want to feel like I did before. Anxiety and depression and stay as far as way as possible.

I also know that they will never be completely gone. I will have to struggle with them my whole life. As they arise, I will pray to God for strength and start to figure out where I need to improve my routine to get better.

I know that anxiety and depression are a real thing. They are a real battle. I have personally experienced them myself. I hope that there are others out there that understand they are not alone and they have ways to cope and heal.

What about you? Do you suffer from anxiety, panic attacks, and depression? If you need someone, to talk to, please let me know (in private if you feel more comfortable). You are not alone in this matter. Sometimes just the daily routines of our lives send us off the deep end. Parenting, work, and marriage are big triggers some times for a panic attack or depression. Please, don’t feel like you have to suffer alone, because you are not alone. Reach out and speak to someone.

Check out our other blog posts as well: 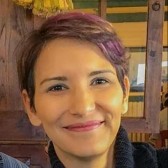